Replacing text with CSS is not something I use often, but there are some specific cases where it comes in handy. If you have the ability to change text on the server-side, I always recommend that first. CSS text replacement should be a last resort, as that is not what CSS is intended for.

If you’re working within the limitations of a CMS, or you don’t have the ability to change your markup, CSS text replacement might be your only option.

There are a few ways to handle it. Let’s walk through the options, and explain how they work, and why other methods fail.

NOTE: In all of the following examples, you could use either pseudo-element, :before or :after. For these CSS text replacement methods, they are interchangeable.

A good argument can be made that this is the best method. It requires the smallest amount of markup, and works well for those who have little-to-no control over their HTML markup.

You want to replace “Original Text” with different content. Here’s how you can replace that text using only CSS.

Giving visibility a value of hidden hides an element, but leaves space where it would have been. In other words, it does not change the layout of the page. (This is different from display: none;, which we’ll cover below.) This is why we need to use positioning. Without absolutely positioning the pseudo-element, the new text would appear after the spot where the original text was supposed to be. By using absolute positioning, we can place the new text in exactly the same spot as the original text was supposed to appear.

This method requires a little extra markup in your HTML, but uses less CSS. Like the example above, it also utilizes a CSS pseudo-element to insert content onto the page.

The HTML (note the extra <span> tag that was not in our example above):

Using the CSS display property, you can hide the content inside the <span> tag, and then attach a pseudo-element with your new content to the <p> tag. You do not need to use absolute positioning here because display: none; completely removes the element from the page, and it does affect the layout. It’s as if the text inside the <span> element never existed.

display: none; will not work without the extra markup

If you didn’t have that extra element (in this case, the <span> tag) inside of your <p> tag, you cannot use display: none;. Any time you have a parent element with display: none;, all of its child elements, as well as its pseudo-elements, will not be displayed. Even if you set the pseudo-element to display: block;.

So, if this is your HTML:

…then this CSS will not work:

You might want to replace text with special characters or symbols, like an ampersand, tilde, emdash or non-breaking space. To do so, you must using the proper character encoding for that symbol. You cannot just place the symbol inside your content: ""; declaration, nor can you use the HTML code (e.g. &amp; or &mdash;).

This entity conversion chart will convert your special character, and give you the appropriate code to use with the CSS content property.

You need to include spaces in-between each special character code, otherwise the codes run together & CSS doesn’t know where the beginning & end of each code is located.

If you have any other ways to replace text with CSS, please let us know in the comments.

Dave is the co-founder of Escape Creative, a web company focused on teaching WordPress. He creates new content over at WP Smackdown.

18 thoughts to “How to Replace Text with CSS” 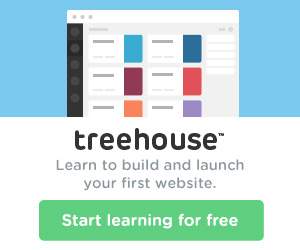